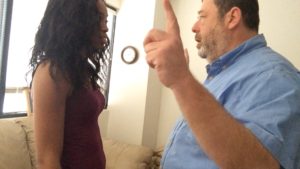 Alexander Hertzberg has provided hypnosis therapy in Los Angeles for 15 years. Hundreds of clients from around Southern California have benefitted from his hypnotherapy sessions, permanently and naturally resolving issues ranging from weight gain and smoking to pain management and anxiety.

Over the years, Alexander studied hypnotherapy in Russia, Israel and the United States. Since coming to California, he studied at the Hypnotherapy Training Institute (American Council of Hypnotist Examiners) and graduated from the Hypnosis Motivation Institute (American Hypnosis Association). Sectors of hypnosis therapy that are of particular interest to Alexander include hypnoanesthesia (i.e. anesthesia induced by hypnosis), pain relief, regression and past-life regression, hypnoanalysis and behavior modification.

Alexander looks forward to discussing how his Los Angeles hypnosis sessions can help you take control of your life. His tranquil and comfortable office is located on Santa Monica Boulevard.

Alexander was born and raised in Moscow, Russia. His great-grandfather was a hypnotist and was invited several times to perform his hypnotism show for the Russian czar and the royal family. His son Nachum Hertzberg, Alexander’s grandfather, also was a show hypnotist. He used to perform in Russia, Ukraine, Poland and Germany.

When Alexander turned 13, his grandfather decided that he was old enough to learn about hypnotism. At 16, an important incident shifted Alexander’s interest from show hypnotism to therapeutic hypnosis. A family friend was suffering intense pain after surgery. Alexander accompanied his grandfather on a visit to this friend. At the hospital, Nachum hypnotized the man and alleviated his pain. Alexander was fascinated by the power of hypnosis therapy to reduce or to relieve pain.

Soon after this experience, Alexander had his own opportunity to test therapeutic hypnosis. A friend twisted his ankle exiting a bus that resulted in a severely swollen ankle. A physician who examined the friend’s ankle said it would take a few weeks for swelling to subside and completely heal. The friend, a soccer player on his school’s team, turned to Alexander to see if hypnosis therapy could help expedite the healing process. After only one session that involved a deep trance, Alexander’s friend reported that swelling had subsided and he was able to walk on his foot a day later. Alexander soon received numerous requests from fellow students asking to be hypnotized for better test taking and sport performance results.

Alexander continues to have fantastic results with his clients who are looking for improve their health, complexion, self-esteem, confidence, test performance, stress management, fear and anxiety levels.

“Your mind has tremendous potential, and I can help you unlock it.” –Alexander Hertzberg

Hypnotherapists are not licensed by the state of California as healing arts practitioners. For your protection, work on some issues may require a consultation and referral from a licensed physician or mental health professional