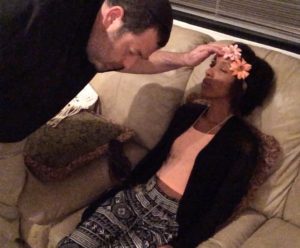 Hypnosis is a scientifically verified and effective technique that can promote accelerated human change.

With hypnosis therapy, the conscious, or rational, mind is muted temporarily in order for the hypnotherapist to speak to a person’s subconscious mind. Distracting workaday thoughts disappear, and hypnosis clients slowly relax into an extremely tranquil, trance-like state. It is in this calm and focused state of mind that a hypnotherapist can suggest new thoughts and goals for someone’s subconscious mind, thereby correcting inaccurate, deep-seated thoughts and patterns of behavior.

In the past, hypnosis has been associated with dramatic and impressive cures. Since the 1950s, its use has been extended to routine procedures. Hypnosis can help to alter perceptions of pain, to eliminate warts and to control bleeding and inflammation. It is being used before, during and after surgery to help the patient relax, feel comfortable and heal quickly.

Recently, there has been increasing interest in the ability of patients to enhance immune function through hypnosis.

Hypnosis therapy also is used to treat organic conditions (i.e. disease where there is physical change to an organ’s structure). There is no longer any doubt that strong emotional states or unconscious psychological conflicts can cause organic symptoms or exacerbate existing organic pathology. By current estimates, 50 to 80 percent of all illness is psychosomatic rather than organic.

Hypnosis therapy elicits different responses depending on the person, especially as someone can be more responsive to hypnotic suggestions than another due to levels of comfort and acceptance. Hypnosis has been explained as an altered state of consciousness; however, it also has been illustrated as a peaceful and relaxed state of focused attention. Regardless of the sensation, hypnosis therapy is a pleasant experience for most people.

Can anybody be hypnotized?

Although some people are more responsive to hypnosis than others, nearly everyone can achieve at least a light trance.

Factors that may interfere with one’s responsiveness to hypnosis therapy include trying too hard, maintaining fears or misconceptions about hypnosis, or unconsciously desiring to retain the problem for which treatment has been sought.

Is there any danger of remaining permanently in the trance?

There is virtually no danger of remaining indefinitely in the trance. Even if the hypnotist should place the subject in deep hypnosis and then leave the room, the subject would eventually drift into ordinary sleep and awaken on his own.

Can a person be hypnotized against his will?

It is impossible to put anyone into a trance against his will. If a subject refuses to cooperate or merely decides that he will not be hypnotized, that usually determines the issue right there.

Can hypnosis therapy allow someone else to control your mind?

Stage hypnotists sometimes give the impression that they are exercising power over a subject and can make people act any way that they want them to act. In fact, people cannot be forced to do something they find objectionable. A hypnotic suggestion is only effective to the extent that it is accepted by the subject.
The definite consensus is that nobody will do anything under hypnosis that is fundamentally against his or her principles.

So can the hypnotist make a person under hypnosis do something or say/reveal something that he or she wouldn’t do or say otherwise?

The answer to this question is: ABSOLUTELY NOT! it is impossible to make a person do or say anything which he/she wouldn’t do or say in a conscious state of mind. People in hypnosis won’t do or act in any way that would contradict their core beliefs and convictions.

The source of this misconception comes from fiction books or movie, neither of which has anything to do with reality.

You might ask then: “If so, how come? In comedy hypnosis shows, people act in such a funny and sometimes embarrassing way!”

The answer is very simple: When a hypnotist in comedy hypnosis asks for volunteers to come up onto the stage, people realize that they are going to be hypnotized and will act in the way that will entertain spectators. ONLY EXTROVERTS WHO NORMALLY WOULD ENJOY ACTING IN SUCH A WAY WOULD GO ON THE STAGE. And by doing so, they sign silent contract, figuratively speaking, with the hypnotist to help him entertain others while under hypnosis.

More inaccurate statements have probably been written on this matter than any other. The truth is — and I believe all authorities will agree — that hypnosis therapy in itself is entirely harmless. No negative effects, mental or physical, have ever been incurred by anyone as a result of his merely being hypnotized.

Hypnotherapists are not licensed by the state of California as healing arts practitioners. For your protection, work on some issues may require a consultation and referral from a licensed physician or mental health professional